Why the airplane still the safest way to travel?

LYING 35,000 feet [11 km] above the earth can be a scary experience for some. It may seem to violate the laws of nature. As the safety standards and the reliability of air travel have reached new heights, the possible dangers of darting through the atmosphere inside a thin metal tube have become minimal. Once in a while, however, harsh reality reminds us that accidents can happen.
Huge cases of fatal crash has been recorded which makes people more afraid of travelling in planes,  but according to records, planes still remain the safest means of travelling.
Despite that reality, since time immemorial, man has expressed a desire to fly.As has already been shown, Air travel is still considered as the safest way to travel according to recent study – as modern technology has made flying one of the safest modes of transportation. 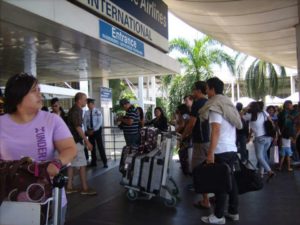 Navigating With Ease
While security checkpoints provide a necessary service, some travelers—especially those in a hurry—tend to consider them a nuisance. Having in mind the increased security at most airports, you may want to implement the following suggestions for easier passage:
• Arrive early. By planning to have some extra airport time, you can slow down, relax, and avoid the stress that can come with the unexpected or the inconvenient.
• When choosing an airline, look for one that caters to business travelers.  They know the ropes, carry little with them, and want to move fast.
• Before you walk through the metal detector doorway, shed those items you think might set off the alarm. This includes keys, coins, jewelry, and cell phones. Hand them to an attendant as you prepare to step through the doorway.
• Lay bags and other carryons as flat as possible on the conveyor belt; if the person behind the X-ray monitor sess a jumbled image, he may want to unpack
your bag or put it through again.
• Alert the attendant to any unusual items that you anticipate will attract attention, such as that antique silver mandolin from your grandmother. Satisfied by a reasonable explanation for the strange shape on the monitor, the attendant is less likely to insist upon examining it. If you’re really pressed for time, unpack the item ahead of time and ask for a hand inspection.
• If the alarm goes off, be cooperative and provide an explanation immediately. If the attendant knows the alarm was caused by an isolated object and has a partner with a scanning wand, he will wave you on to him.
• One sure way to miss your flight is to joke about a hijacking or a bomb. In addition to undergoing a rigorous search by airport security officials, you may be charged with an offense.

Have a Safe Flight!
No matter what flight you choose, your chances of arriving unharmed are superb. If in doubt, research the safety record of the airline you plan to use. Keep in mind that despite air accidents, flying is still considered one of the safest ways to travel. 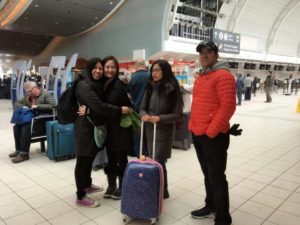